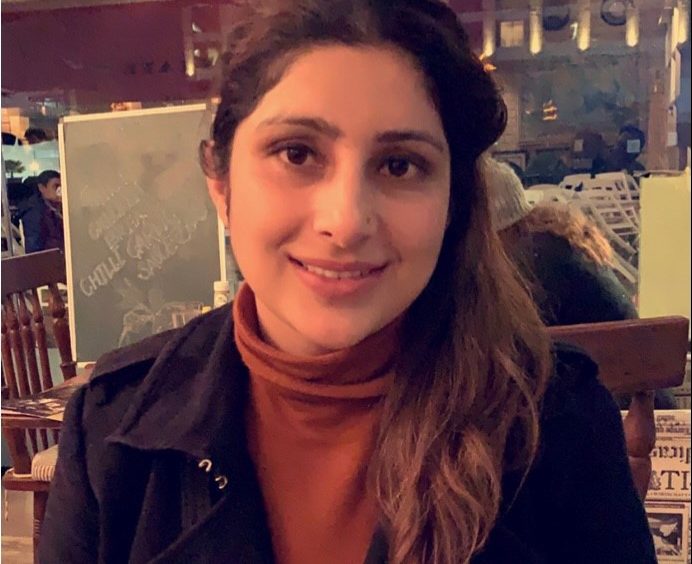 Immigrating to Canada can be a daunting endeavour for young newcomers. Even if you immigrate here with educational and professional accomplishments, trying to create a whole new life in a brand new country can be challenging. That is what Future Leader’s graduate Sukhjeevan feared most as she moved from India in December 2019. Having never interacted with communities outside of India before, she worried about how she would make connections, or if she would still be able to be herself. Little did she know that she would find a community quite quickly who would help her grow her confidence and thrive.

The path to Future Leaders

Sukhjeevan’s experience with DIVERSEcity’s Future Leaders youth employment program began out of pure coincidence. After her arrival in Canada, a cousin referred DIVERSEcity’s newcomer services to help with her transition to BC. Her DIVERSEcity case worker suggested she apply to the Future Leaders program.

Excitedly, Sukhjeevan applied and was assigned to the guidance of employment specialist Nazia. “She guided me very well. She was always present and there for me,” says Sukhjeevan.

Participants in the free Future Leaders program, for youth aged 15–30, can be placed in either group-based or individualized skills training. Having earned her doctorate in psychology back in India, Sukhjeevan was eligible for individualized training, which provides training to professional or higher-educated newcomers through designated colleges, post-secondary institutions and one-to-one support. Participants can receive up to $5,000 toward their tuition as well as a living allowance for the first several weeks. Once they have finished the program, participants can also receive completion bonuses. Future Leaders employment specialists then help guide the program grads through the employment market by finding job postings that fit their experiences, for example.

With Future Leaders right by her side, Sukhjeevan knew she could take on what this program had to offer and applied for further training at Rhodes Wellness College. As she moved closer to her goal, however, she remained concerned about connecting with others. “I remember thinking will people like me?” recalls Sukhjeevan. “Will I be able to fully express myself? Will they understand me? Cross-cultural connectivity was something new to me.”

Creating a sense of confidence and community

As she began her program at Rhodes Wellness College, Sukhjeevan’s worries slowly began to melt away. Her peers were open, helpful and friendly. They themselves were on their own journeys of immigration. There was much to bond over. “It was an amazing experience for me,” describes Sukhjeevan. “They could really connect with me and I really felt connected with what they expressed in class.”

Sukhjeevan was only at the beginning of the program when COVID-19 officially made its way to Canada, and services went virtual. Instead of making things harder, however, the switch actually worked in Sukhjeevan’s favour. As a mother to two young children, the virtual aspect helped her finish the program while keeping an eye on her kids. It wasn’t always easy, but it worked for her.

Throughout her time with Future Leaders, Sukhjeevan also gained more and more confidence in her abilities. “You know, sometimes when you’re working on something and there are little doubts, silly things that you don’t have the courage to ask? All those things were cleared out. I actually started thinking that I am a master at things like building resumés.”

Nazia remembers her passion well, stating, “Sukhjeevan was so responsive to the program. She was always very clear when communicating what she needed from us and how we could best guide her. We are so happy to have gotten to see her confidence grow.”

While Sukhjeevan did certainly learn many skills, she appreciated that the program also took extra steps to ensure her success. For example, she received money for a one-time Compass card in order help her commute to potential interviews.  She was also given money so she could purchase clothes and shoes for interviews. “For new immigrants, $5,000 for new training is not something you can afford. But these smaller expenses, public transportation and clothes, that can be tough, too.” She went on to explain, “Having someone help with it all, it’s not only that it felt really good, it felt like a family.”

Sukhjeevan’s experience with the Future Leaders program is just one of many who have graduated with new skills, confidence and a sense of community. Learn more about the program and the different streams you could join, here.