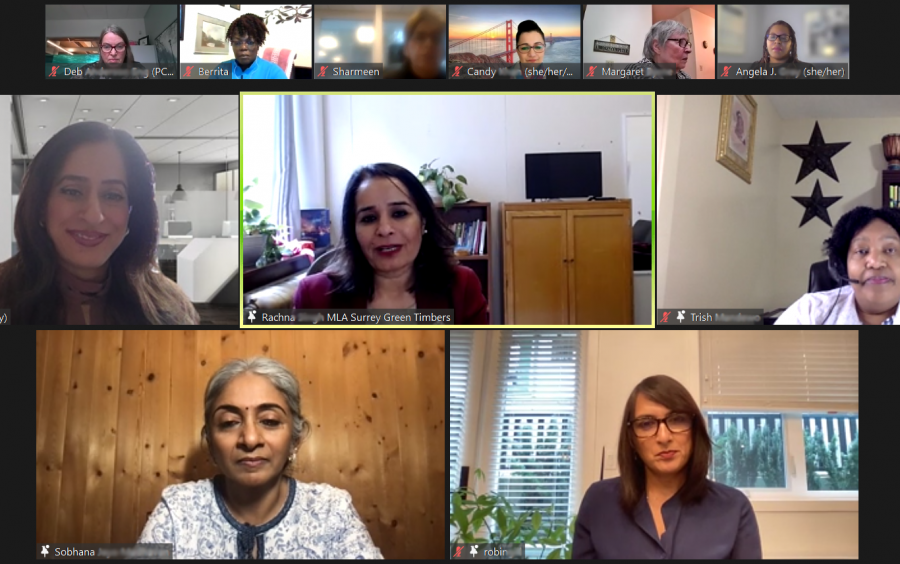 Plus, a donation announcement from DIVERSEcity to Pacific Association of First Nations Women

“Our International Women’s Day donation is an annual tradition for us at DIVERSEcity in the spirit of paying it forward with a mindset of community abundance,” said Neelam Sahota, Chief Executive Officer, DIVERSEcity. “Beginning in 2016, we have made a donation to an organization whose mandate is to further women’s equality and gender parity, including Surrey Women’s Centre, West Coast LEAF, NISA Helpline and more. We are pleased to donate it to Pacific Association of First Nations Women this year in support of its important work in supporting the safety and belonging of Indigenous women, and thank Pacific Community Resources Society for their support.”

Diana Day, Lead Matriarch of PAFNW, thanked DIVERSEcity and PCRS for the donation toward PAFNW’s work toward building a matriarchal community where all Indigenous women in BC are safe and respected with a sense of belonging and connection to cultural traditions. “We are very thankful for DIVERSEcity for amplifying Indigenous voices today,” said Diana Day. “There’s a lot of work to do and we need a lot of allies to support us because we can’t be everywhere.”

Panel discussion: “Receive us for who we are”

The panel portion of the event, co-hosted by Parliamentary Secretary Rachna Singh, featured inspiring conversation from women leaders from different areas of influence including:

The panelists spoke authentically and passionately about themes around breaking the bias for women. Three main messages emerged from the discussion. One, to improve equity and fight bias, women need the world to change for us rather than changing to fit the world. Two, women need to actively fight against the continuing gender equity barriers including glass ceilings, sticky floors and our own imposter syndrome. Three, we need to create supports to help women live fully up to their potential, especially emerging women leaders.

“Quite often we talk about the ‘glass ceiling,’ which is the conventional language that is used around gender parity. But it’s a huge assumption that everyone is on an even playing field. Have we looked around and asked if we are all actually on the same footing to begin with? I think the answer to that is no. There is a sticky floor for many and that sticky floor is all the barriers that one has before they can even dream about a glass ceiling to punch through,”  said Neelam Sahota.

“I think paying some attention to what happens once those glass ceilings are broken can help. Do women actually get included in decision making? Is their full potential being utilized? How are they able to impact and influence? A lot of times when women get into positions of power or influence, there is a lot of anxiety that if they don’t look like, talk like, walk like the majority, then they will be seen as a misfit in that space … People then start focusing more on their survival, instead of thinking about all the shoulders on which we stood to get to where we are today, and the responsibility we have to make sure we pave a long enough way for the next generation to walk on,” said Sobhana Jaya-Madhavan.

“Women need to be able to get into a space where we can be ourselves, the phenomenal beings that we are. So they need to change. Not us. If we can all just continue to push forward to say, ‘receive us for who we are’ … then we will have a phenomenal world,” said Trish Mandewo.

“The best leader is the one who is still working in the trenches right alongside you, not hiding in a corner office, not sending memos out. Because when you’re sitting there with your other colleagues, you can figure out who the next leader is going to be. When you think we need to fill this role, we need a female in this role, why don’t you see the ones who are actually right in front of you?” said Robin Gill.

“We need close allies everywhere. All the barriers that I have been able to break through have had very strong supports … When I was fighting to make space for myself, there was also people fighting along with me … We have to make space for other women and also provide them with that support,” said MLA Rachna Singh.