DIVERSEcity in the News 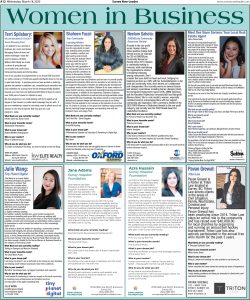 A leader in the non-profit sector, Neelam Sahota drives positive change both directly and as an example. As CEO of DIVERSEcity Community Resources Society since 2013, Neelam is continually looking to innovate, while maintaining the organization’s mission of inspiring belonging among newcomers. She’s a leader that uses both her head and heart, bridging her business acumen as a CPA, with her humanitarianism. In her work and community roles, she’s known as a collaborator and changemaker. She currently serves on several boards and advisory committees, including Surrey Libraries (chair), the Immigrant Employment Council of BC, OMNI Television, and the Kwantlen Polytechnic University NGO and Nonprofit Advisory Board. She’s a role model to women, especially racialized women, encouraging them with her support, mentorship and inspiration. She’s currently a finalist for the 2020 YWCA Women of Distinction Awards in the non-profit category, and recently won the 2020 Shakti Award for Leadership Excellence.

What book are you currently reading? In Pursuit of Empire by Davinder Toor
What is your favourite movie? Thelma and Louise
What is your dream job? Interior designer
Who is your mentor? I have many mentors for the different qualities they have. Professionally, I’ve been inspired by icons like Sheryl Sandberg.
Why do you do what you do? I like being able to apply solid business skills to the non-profit world to create maximum impact. 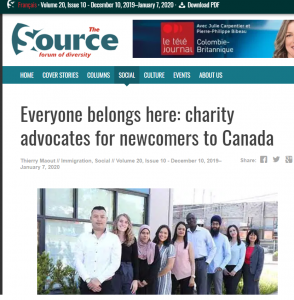 With a history dating over 40 years in Surrey and the Lower Mainland and a promise to welcome newcomers with open arms, DIVERSEcity has been offering free, multilingual services in language, settlement, employment and counselling, with initiatives such as the RISE program. Standing for “Refugee & Immigrant Specialized Experience,” the RISE Program is close to “a mentoring program” explains Hermon Lay, case counsellor at DIVERSEcity.

It provides support to adult and youth newcomers who are experiencing complex and multiple challenges in settling into their new community: “We advocate for them. We go out with our clients, teaching and supporting them on how to do things on their own.”

A former refugee from Burma himself, Lay was exiled in Thailand where he spent some of his childhood years before immigrating to Canada at a young age. Working for the past 10 years with DIVERSEcity serving vulnerable populations and refugees, he is fluent in four languages and breaks down some of the services the RISE program provides: “Disability, mental health, access to healthcare, school, landlords, legal issues, a little bit of everything. We are a voice for our clients,” he says. “We refer them to experts and support them with their needs” …

Presented by Shaw and in partnership of Big Brothers Big Sisters of the Fraser Valley.

DIVERSEcity’s Varinder Kamboj from our Counselling Services and the Roshni Clinic,  was interviewed by Omni TV as part of a story on a recent event in Surrey called Let’s Talk! Mental Health & Substance Use in our Communities, focusing on the South Asian community.

DIVERSEcity’s Zainab Ibrahim, who works with refugee youth as a program coordinator, counselling services, is interviewed in this Global News piece about refugee mental health.

Samar Kassem, who works with the immigrant community in Surrey, B.C. on settlement and housing issues, says finding a home for newcomers is a tedious process. And particularly for those who face difficulties communicating in English or who are of a certain race and colour. “Immigrants are vulnerable with added challenges when it comes to renting and buying. The families I work with have limited financial resources, they have big families, some of them are availing of government support and they have languages barriers. All these factors work against them when looking for a home. It’s heartbreaking” …

International Women’s Day theme this year: ‘You got this’, Asian Pacific Post

With a theme of #balanceforbetter, and Neelam Sahota, CEO of not-for-profit DIVERSEcity Community Resources Society, says it takes planning and confidence — and a little risk-taking for women professionals to take their equal place at the table. She was speaking an International Women’s Day gathering at DIVERSEcity’s Community Campus …

In January, a Swedish delegation studying the Canadian model of immigrant integration, visited DIVERSEcity Community Resources Society in Surrey, BC …

Shiva Kharajiani immigrated to Vancouver from Iran in January 2017. Even though the city was beset by ice and snow, she was thrilled to be here. “It felt good. Very good,” she says. In Iran, Shiva ran her own dressmaking business. She was eager to continue her profession but didn’t know where to begin.  It was through her daughter’s school that Shiva learned about the Make It! Sewing Business Program, a new, no-cost opportunity delivered jointly by Vancouver Community College (VCC) and DIVERSEcity Community Resources Society …

DIVERSEcity Gets Funding, The Link

Services to help new immigrants settle throughout B.C. will be expanded by 45 per cent, the provincial government has announced. Minister of Jobs, Trade and Technology Bruce Ralston, NDP MLA for Surrey-Whalley, revealed the news at DIVERSEcity Community Resources Society in Surrey Friday …

Immigrants will get more help settling in B.C. and finding careers in their fields as a result of additional funding from the provincial government that expands settlement services by more than 45 per cent — the highest level since 2014 …

Rasiklal Joshi never took the bus. He always drove — until he reached his 80s and his doctor told him to stop. “I tried to persuade my doctor, but he said not now, not now,” said Joshi. “I missed it a lot.” Joshi and his wife live in the sprawl of Surrey. The city’s population is growing fast, and it’s densifying in pockets and on some arterials. But on the whole Surrey still suffers from suburban low density and car dependence …

By the Numbers: Metro Vancouver’s Increasing Inequality and Division, The Tyee

An Academy Awards-style event on Nov. 6 will celebrate the best of Surrey’s business community. Nominees for the 20th annual Surrey Business Excellence Awards were announced Tuesday, four weeks ahead of the gala at Sheraton Vancouver Guildford Hotel …

To mark the society’s 40th anniversary, CEO Neelam Sahota along with board chair Shara Nixon welcomed supporters to the society’s celebration dinner staged at Eagle Quest Golf Course in Surrey …

New career in B.C. made to measure for Syrian tailor, Business in Vancouver

Canada has welcomed more than 40,000 Syrian refugees since November 2015 across 350 communities, according to the federal government. And Surrey has become home to the largest number of Syrian refugees over the past five years. Feras Nejebagh, who left Syria with his family in 2011, is among them …