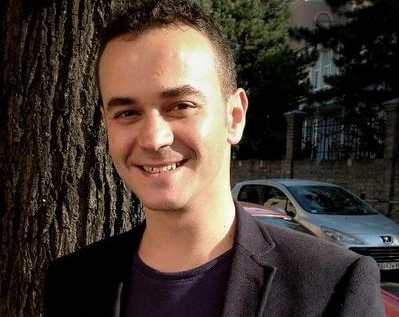 It’s Pride Month, a time for the LGBTQ2S+ communities and its allies to advocate for equality and celebrate people’s right to love who they want. Here at DIVERSEcity, we aim to empower LGBTQ2S+ (lesbian, gay, bisexual, transgender, queer/questioning and Two Spirited) newcomers through our Together Now program, a free support group. It’s a safe and confidential space for newcomers, regardless of immigration status, to learn about community resources, share experiences and be part of an inclusive community.

Launched last year as a pilot program, Together Now returned starting June 16, 2019, and this year’s group facilitator is Kristi Pinderi, who was himself a participant last year.

“When you are a newcomer, you long to feel a sense of belonging to something,” Kristi says. “You want to know that you are connected with other people and that you have a support system.”

That’s what the Together Now program did for him after immigrating to Canada from Albania in 2017, with his partner, Erjon. It was a place where he could openly share his thoughts and memories of the discrimination he endured in his home country as an LGBTQ+ person — and the death threats he received as a community activist.

Kristi became active in fighting for LGBTQ+ rights in Albania after he was introduced to a secret Facebook group where members could freely discuss politics, same-sex marriage and other LGBTQ+ issues without fear or harassment. He became more and more active in Albanian LGBTQ+ politics, participating in protests and leading LGBTQ+ organizations. Kristi’s shift into a full-fledged activist attracted backlash, hate, violence and death threats on social media. He felt unsafe.

“Our lives were in danger and the false sense of security we had started to crumble,” says Kristi.

After immigrating to Canada, a country that recognizes same-sex marriage and the equal rights of LGBTQ+ people, he finally felt safe, but integration wasn’t always easy as an immigrant without Canadian experience. “Sometimes it takes courage to start over, but there was a big question mark: what are your values? Are you who you claim you are? Are you able to integrate into this society?” says Kristi.

Through word of mouth, Kristi and Erjon heard about the Together Now program, which helped them feel like a part of their community in Surrey. Now more settled in, his activist nature has kicked back in, and Kristi has not only taken on the role of facilitator of this year’s Together Now program, he also advocates for LGBTQ+ individuals in Surrey, including the number of homeless LGBTQ+ youth he sees in the Lower Mainland.

“Once you are an activist, you are always an activist. You want to do more. Together Now is the right space,” Kristi says. “As Margaret Mead once said: ‘Never doubt that a small group of thoughtful, committed citizens can change the world; indeed it is the only thing that ever has.’”

Together Now runs every second Sunday, 4 – 6 pm at DIVERSEcity City Centre Campus. Learn more and register at dcrs.ca/togethernow.   Or visit our booth at Surrey Pride on June 29.