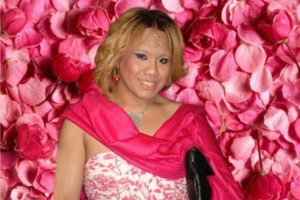 Launched in 2015, the January Marie Lapuz Youth Leadership Award is an annual award that recognizes deserving youth (16 to 30 years of age) who have demonstrated involvement, commitment and leadership in the LGBTQ+ community whether locally, nationally or internationally. Youth of any sexual orientation or gender identity are welcome to apply.

“At DIVERSEcity, we strive to uplift work in our community that promotes diversity and inclusion, and sponsoring the January Marie Lapuz Youth Leadership Award was an easy decision,” says Neelam Sahota, CEO, DIVERSEcity, a registered charity that empowers newcomers and other diverse communities with free, multilingual programs, such as its Together Now LGBTQ+ Newcomer Support Group.

“Not only does the award honour January’s legacy, it shines a light on LGBTQ+ issues in the immigrant community, and recognizes amazing young leaders promoting something we need more of in this world — a sense of inclusion and belonging,” she adds.

“We are thrilled to have the support of such an established, inclusive and diverse organization like DIVERSEcity to sponsor the youth leadership award. By becoming the exclusive sponsor of the January Marie Lapuz Youth Leadership Award, DIVERSEcity is sending a message that LGBTQ+ youth need to not only be welcomed, and supported, but also embraced,” states Sher Vancouver Founder Alex Sangha.

January Marie Lapuz was born on April 9, 1986, in Santiago City, Philippines and passed away on September 30, 2012, in New Westminster, B.C. January was the Social Coordinator of Sher Vancouver. She was the first transgender person to hold an executive position within the organization. Being the life of the party, January would make everyone laugh. She was a kind, caring, generous and loyal friend. January was a great singer and dancer. January had many challenges and struggles as an immigrant, as a person of colour and as a transgender woman living in poverty.  Nonetheless, she was a bright light and shining star in Sher Vancouver. Not a day goes by that January’s friends don’t miss her.

Applications are now being accepted for the award until December 31, 2019. Winners will be announced in January 2020.

Winners will receive a letter of congratulations, a framed certificate, as well as a cash prize sponsored by DIVERSEcity, as follows:

At DIVERSEcity Community Resources Society, we empower newcomers and other diverse communities to build the life they want in Canada. Our free, multilingual programs and services in language, settlement, employment and counselling provide them with a foundation of information, skills and connections to achieve their goals. Our social enterprises — Interpretation and Translation Services, Skills Training Centre and Language Testing Centre — support this work, too. As a registered charity in Surrey and the Lower Mainland with a 40+ year history, we champion diversity and inclusion for all, and our message is clear — everyone belongs here.

A non-profit society for LGBTQ South Asians and their friends, families and allies, Sher Vancouver hopes to reduce the alienation, depression and suicidal ideation of people dealing with sexuality, gender and coming-out issues. Everyone is welcome to join regardless of ethnicity, religious belief or sexuality.