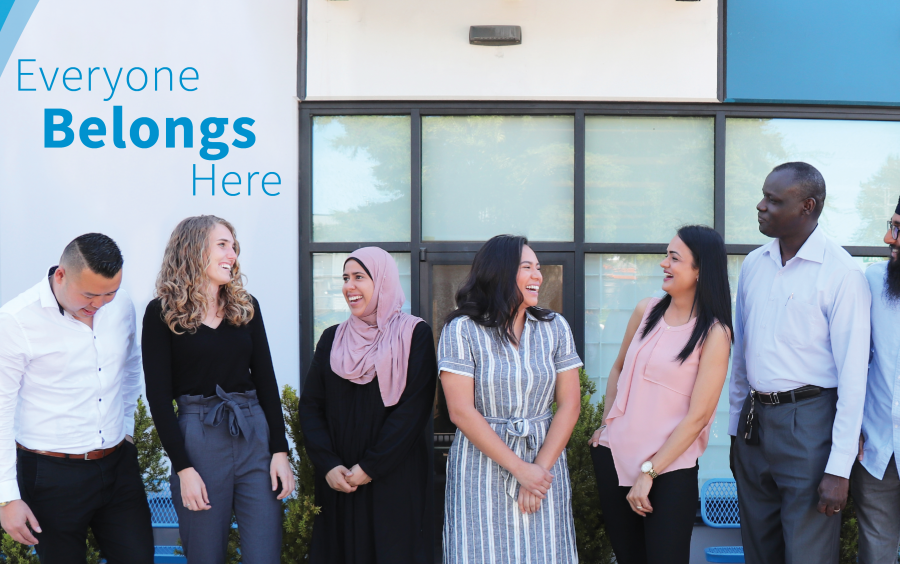 Today, June 27, is Canadian Multiculturalism Day, a day to celebrate the cultural diversity of Canadians, and the history that brought us here today.

It was on October 8, 1971, in a statement to the House of Commons, that Prime Minister Pierre Trudeau announced multiculturalism as an official government policy. The intent was to not only preserve the cultural freedom of all individuals, but also to recognize the cultural contributions of diverse ethnic groups to Canadian society.

What does multiculturalism mean to us at DIVERSEcity?

It’s about inspiring belonging in a strong integrated community.

As a registered charity in Surrey and the Lower Mainland, we’ve been doing this for 40+ years by offering free, multilingual programs and services in language, settlement, employment and counselling.

And we recognize that messages of inclusion and belonging are more important than ever.  So, today on Canadian Multiculturalism Day, we are officially launching our new tagline, “Everyone Belongs Here.”

Why does “Everyone Belong Here”?

Here are some facts and figures from Statistics Canada and the Census to understand why helping everyone feel like they belong is not just the right thing to do, but is essential with today’s changing demographics:

Want to learn more about diversity and inclusion, connect with us on social media @DIVERSEcityBC on Facebook, Twitter, LinkedIn and Instagram! We share messages, stories and information on these topics and welcome you to the conversation!