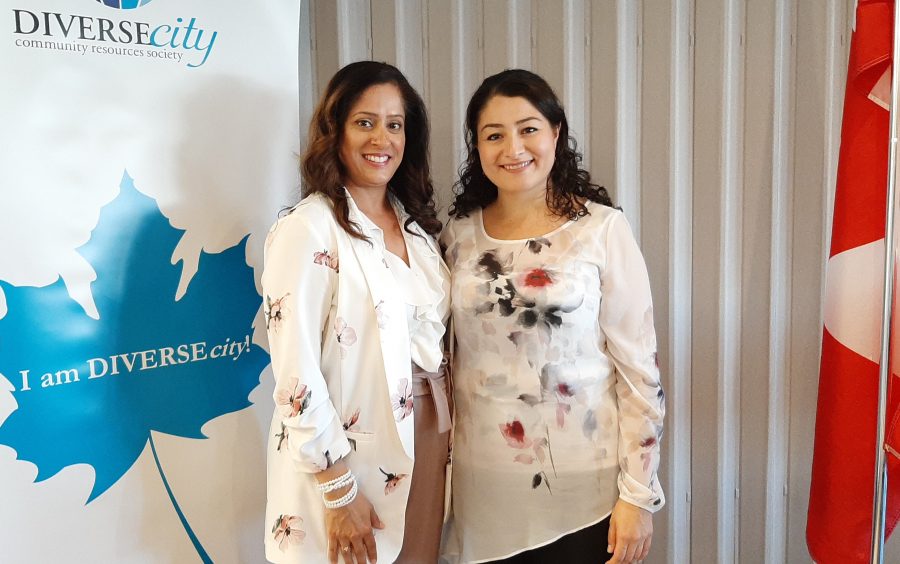 Ending gender-based violence is crucial in order to give everyone the same opportunities to join and grow Canada’s middle class. We all benefit when women, girls and people of all genders are safe and free to live their lives to the fullest.

Today, the Honourable Maryam Monsef, Minister of International Development and Minister for Women and Gender Equality, announced that the Government of Canada will invest over $3 million in five women’s organizations and Indigenous organizations serving women in British Columbia’s Lower Mainland.

Minister Monsef highlighted the following organizations that will receive funding (please see the Backgrounder for more information and testimonials):

Funding for these projects stems from historic Budget 2018 investments in the Gender-Based Violence Program to address gaps in support for underserved groups in Canada that experience gender-based violence, and the Capacity-building Fund to support a sustainable women’s movement.

“With this investment, we are funding organizations in British Columbia’s Lower Mainland to support survivors and their families. The gender-based violence funding envelope was developed in partnership with leaders from the women’s sector, whose advice continues to inform Canada’s first Strategy to Prevent and Address Gender-Based Violence. Leaders asked for more dollars over a longer period of time to meet the ever growing demand for their services, a simplified application process, and resources to help provide supports for the most underserved and marginalized survivors of gender-based violence. Our government listened. Gender-based violence must not be tolerated, and we will continue to work with survivors, community partners, the private sector and other orders of government to end GBV in all of its forms, ” says the Honourable Maryam Monsef, P.C., M.P., Minister of International Development and Minister for Women and Gender Equality.

DIVERSEcity Community Resources Society will receive $600,000 for its new programming: Mainstreaming Culture in Safety Planning for Survivors of Violence and their Children: the Impact of the Signs of Safety Model on the Cultural Safety of Vulnerable Immigrant and Refugee Women and Children experiencing Domestic Violence.

DIVERSEcity will work to maximize the safety of immigrant and refugee women and children in situations of domestic violence. This project will test how the Signs of SafetyTM model adapts to a settlement context, in order to increase cultural safety for families in service provision, and how it will help DIVERSEcity to better collaborate with other gender-based violence service providers.

DIVERSEcity is a registered charity devoted to helping newcomers to Delta, Langley, Surrey and White Rock, British Columbia. It offers many specialized services, such as counselling, language training, and employment and skills training.

“Immigrant and refugee women tend to not access services to address gender-based violence due to a perceived lack of cultural safety with conventional safety planning. We are working to change this through promising culturally appropriate safety planning because we believe that all women should feel safe and connected in their country and community. Funding from the Government of Canada makes a necessary contribution to ensure a more inclusive and secure world for women and girls no matter where they are from,” says Neelam Sahota, Chief Executive Officer, DIVERSEcity Community Resources Society.

To date, the Government of Canada has invested over $200 million across government to prevent gender-based violence, support survivors and their families, and create more responsive legal and justice systems.

Last year, Minister Monsef announced more than $50 million in funding for nearly 60 projects in communities across the country, including those announced today, to support survivors of gender-based violence and their families, including those who have been underserved, such as Indigenous women and their communities, children and youth, LGBTQ2 individuals, ethno-cultural women, women who are newcomers, refugees or non-status, and women living with disabilities.

Budget 2018 announced $100 million over five years to support a viable and sustainable women’s movement across Canada. Adding to this historic investment, Budget 2019 invests a further $160 million over five years, starting in 2019–20, in Women and Gender Equality Canada’s Women’s Program. This means that in 2023–24, the Women’s Program, which supports eligible organizations to carry out projects to advance gender equality by addressing systemic barriers, will total $100 million.
This funding will enable women’s organizations and Indigenous organizations serving women to tackle systemic barriers impeding women’s progress, while recognizing and addressing the diverse experiences of gender and inequality across the country.

Photo above: Neelam Sahota, CEO of DIVERSEcity, with Minister of Women and Gender Equality Maryam Monsef.