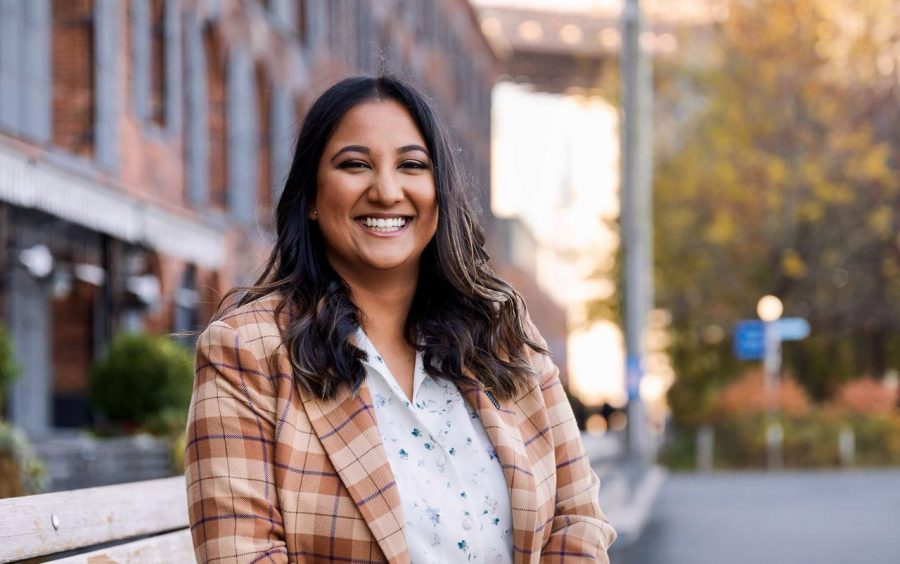 How DIVERSEcity’s Rochelle Prasad is empowering the next generation

Rochelle Prasad is the type of youth who inspires not only peers from her generation, but people from any generation. And DIVERSEcity is so happy to have her on our team as our Youth Programs’ Program Assistant. But her job supporting youth programs in Surrey is just one small part of what Rochelle has accomplished as a youth herself, now just 23 years of age.

While other teenagers were studying for exams and learning how to drive, Rochelle was doing all that too — while also starting and running her own successful non-profit.

When Rochelle was 12 years old, she was tasked with inviting a guest speaker for an event at her school — an invite her teacher assumed would be given to a parent. But Rochelle had bigger plans. She called the mayor to speak at the assembly. Rochelle was surprised but thrilled when she found out that then Mayor Diane Watts had accepted her invitation. The mayor spoke to the school about global engagement, a theme that would be important to Rochelle from that day forward.

Long before completing her master’s of education from the University of Toronto, Rochelle found a passion for education. In fact, it was back in high school, after volunteering abroad and seeing a different way of learning, that she began thinking of ways to improve the lack of empowerment-focused curriculum in Canada. “These trips changed me. I realized we have to educate these kids [in Canada] on what’s outside of the classroom,” says Rochelle. In Grade 10, she began working on what would become the SPARK Foundation, a non-profit organization that offers national workshops, camps and community programs with the aim of empowering youth. Over the past seven years, the SPARK Foundation has helped empower more than 110,000 youth.

Being the CEO of a successful non-profit is not the only accomplishment Rochelle has achieved in her young life. In high school, she began the Surrey Youth Safety Council, a group focuses on reducing youth crime in Surrey BC. She is also currently the youngest sitting committee member on the Community Service Committee at the City of Surrey and the Provincial Committee on Diversity in Policing for BC where she helps shape policies on topics like community engagement. But Rochelle’s ambitions haven’t been confined to the boundaries of Canada. She’s also begun working with the United Nations.

From Surrey to the UN

While enrolled in the UN’s Young Business Entrepreneur program. Rochelle met plenty of people with whom she would share her story. One of those conversations was overheard by a particularly impressed representative from the UN headquarters in New York who then offered her a role within the organization. “I wasn’t looking for an internship but when the UN emailed me and offered me one, I said ‘Yes, of course’” says Rochelle excitedly. “I’ve always wanted to work with the UN as a long-term goal. But if the opportunity arises now, let’s take it!” That internship then became a part-time role during which Rochelle has been able to use her talents to create curriculum and lesson plan initiatives for educators around the world. She’s also supported journalists through education workshops, social media content creation and more.

“I’ve gotten to meet the Secretary General and the President of the General Assembly and talk about what work we are doing here in Surrey and how young people can get involved. It’s just been incredible and goes to show what young people can do when we put our minds to it,” says Rochelle.

If that’s not impressive enough, Rochelle is also a published author. She loved to journal as a kid, and  accumulated more than 30 notebooks filled with opinions, ideas and facts. With her mother’s encouragement, Rochelle spent four years pulling information together to publish her first book. Released in March 2019, Because We Can attempts to empower the next generation to find the values and morals they need to give back to the community. It can be found in Chapters, Indigo and online on Amazon. Rochelle is currently working on a children’s book titled, Good Boy, Bear, that will star her dog Bear and centre around the benefits of a support system.

When it comes to Rochelle, there is no shortage of impressive achievements and experiences dedicated to empowering the next generation. We cannot wait to see what she does next.