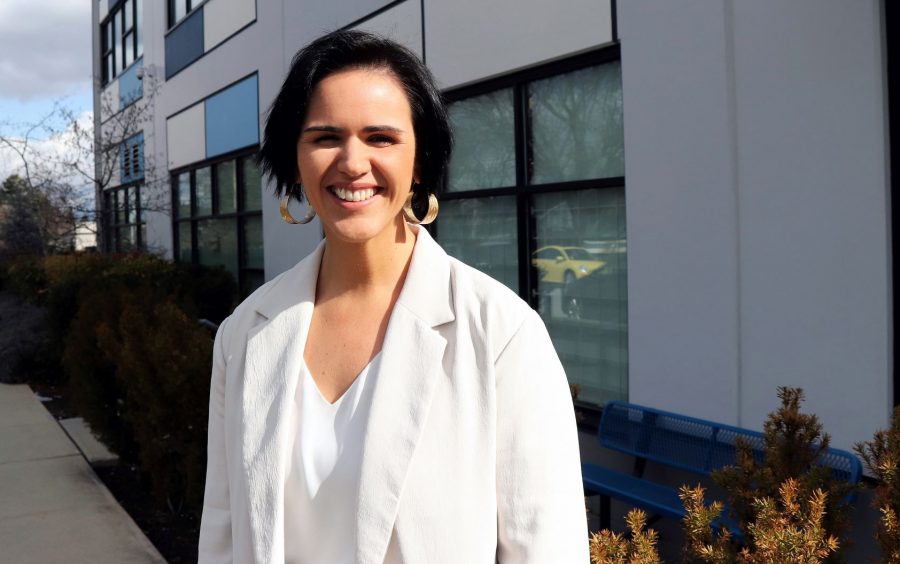 Laura Mannix, DIVERSEcity’s director, Community Development, has been chosen as one of five Immigrant Women of Inspiration from across Canada by Canadian Immigrant magazine. This year’s 2020 theme is “Changemakers.”

Using the term “changemaker” to describe Laura Mannix is fitting, but perhaps not quite adequate to describe her passion for influencing social change. The Australian-born Mannix is a young, vibrant leader who uses her leadership position in the immigrant settlement sector in B.C. to evolve how settlement services are offered.

“Being able to leverage change in systems to benefit the community and the livelihoods of those that are a part of it is what motivates me every day,” says Mannix, director of community development at DIVERSEcity Community Resources Society in Surrey, B.C. What type of change is Mannix focused on? “To move settlement services to a place of community building and equity, centred on the experience of people who are actually in the system,” she says.

“Migrants should come out of the settlement experience feeling empowered, equipped and strong in their sense of identity, their culture and their relationship to the community,” she says, adding, “and feeling like there is equitable access to systems such as housing, employment and education.”

For Mannix, this vision is influenced by her own experiences as an Australian of mixed race. “My mom and her family had to leave Egypt for religious and political reasons and went to Australia in late 1960s. Being a first-generation Australian of mixed race, I grew up seeing the dynamics of what it means to be a migrant in Australia,” she says, explaining that the legacy of the impact of the White Australia policy established the racial inequity of the country. “You had to assimilate; it wasn’t about integration. There was a lot of shame. There was a lot of trying to be as Australian as possible,” she says.

Her experiences led her to study human rights and international studies at university, and start a career in refugee services in Melbourne. “I didn’t want folks to feel the same way or go through the same hardships my family did. I thought there are ways to make this better.”

That’s her focus today at DIVERSEcity. After moving to Canada for love, Mannix experienced a whole new set of struggles as a skilled immigrant. She worked in retail, while volunteering, networking and sending emails to different immigrant-serving agencies in Metro Vancouver. DIVERSEcity was the agency that lucked out when it hired her to oversee its refugee and specialized programs in 2015, including its work with Operation Syrian Refugee.

That was five years ago and, in 2018, she moved up to the organization’s senior leadership team, overseeing all aspects of settlement services. “Moving up to this position has given me more access to policy and people with decision-making abilities, enabling a whole different level of change.”

But, with every change, Mannix ensures she creates space for immigrants, refugees and other marginalized populations to share their voices and lived experiences to inform the work being done. “Newcomers should feel accepted, welcomed and like they have the same positioning in the community as their Canadian-born counterparts,” says Mannix, in contrast to her experiences in Australia. “Ultimately, we should all feel like we belong.”

Read the stories of the other amazing immigrant women Changemakers chosen this year here.