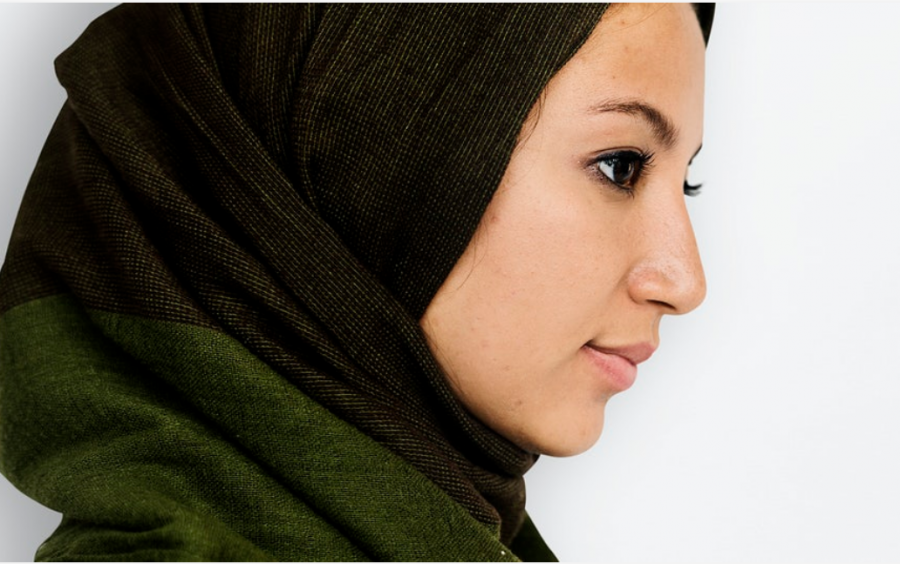 Syrian refugee RISEs to the challenge with help from DIVERSEcity

Samira* and her three-year-old son stood watching as her husband and brother were killed by insurgents of the Syrian Civil War in 2012. Pregnant and alone, the resilient mom packed up her grief along with the few belongings she could carry so she and her son could take refuge in neighbouring Jordan.

Seven years passed in relative peace, but Samira was worried about the impact of the tribal mentality of the country on her children. When an opportunity arose to resettle in Canada under the Blended Visa Office-Referred (BVOR) program, which combines the support of a private sponsor and the federal government, she readily agreed. Samira packed up again, this time with two children in tow, unsure of what the future would hold.

Their arrival in Canada was abrupt. A volunteer assigned by her Toronto-based private sponsor met her and her kids at the airport, transported them to their living space in Surrey, made her sign some papers in English without the help of an interpreter and left. The volunteer offered no further information or assistance to help her settle in to her new community, only returning once a month to assist her in withdrawing her rent money. For six months, she was left with only $50.

She fed her children a diet of mostly potatoes and rice, and when her children asked for something sweet, she would mix a little sugar in water. It was painful to know that she could not afford to buy her kids nutritious food. After six months of isolation and hardship, she stood up and insisted the volunteer provide further help and information to help her and her family. She was connected with the Muslim Food Bank, in Surrey, BC, to help her access more nutritious food and then with DIVERSEcity’s Refugee and Immigrant Specialized Experience (RISE) Program for specialized settlement support and case management.

“Before coming to DIVERSEcity, I would cry myself to sleep every day. Life was bleak and I felt I escaped certain death in Syria only to walk into a never-ending nightmare in Canada,” says Samira.

The RISE program, which supports immigrants and refugees who are experiencing complex challenges in settling into their new community, set her on a hopeful, new path. With her Arabic-speaking RISE case specialist, Abeer, they developed a detailed action plan to map Samira’s way to more independence. Abeer advocated for her, holding the private sponsor more accountable for the family’s wellbeing, while empowering Samira to understand her rights and responsibilities as a refugee in Canada.

She also helped Samira apply for her health services card and the Canada Child Benefit, connected her with a family doctor and dental clinic, and accompanied her to appointments until she was comfortable to use the transit system on her own. Abeer also guided Samira to register for local LINC classes to learn English, and to attend group workshops on a variety of newcomer topics at DIVERSEcity.

“Five months later, Samira is a changed woman,” notes Abeer. “She laughs and jokes with the friends she made at the RISE group workshops. She is comfortable practising her English in the community, and she is happy to see her children settled and content.”

“With the support and encouragement of my RISE case specialist, I feel I can conquer anything and provide a safe and happy life for my children [in Canada],” adds Samira, who is now actively looking for work to support her family.

The RISE program at DIVERSEcity is currently offered in Arabic, Burmese, French, Karen, Kirundi, Kinyamulenge, Kinyarwanda, Nuer, Portuguese and Swahili, and is now accepting new referrals for immigrants and refugees experiencing multiple barriers and needing specialized settlement support and case management, in Surrey, Langley and Delta. Many services are currently being conducted virtually.

To make a referral or to connect with a RISE case specialist, please email risereferrals@dcrs.ca.

*Name changed for privacy. Photo is a stock photo.