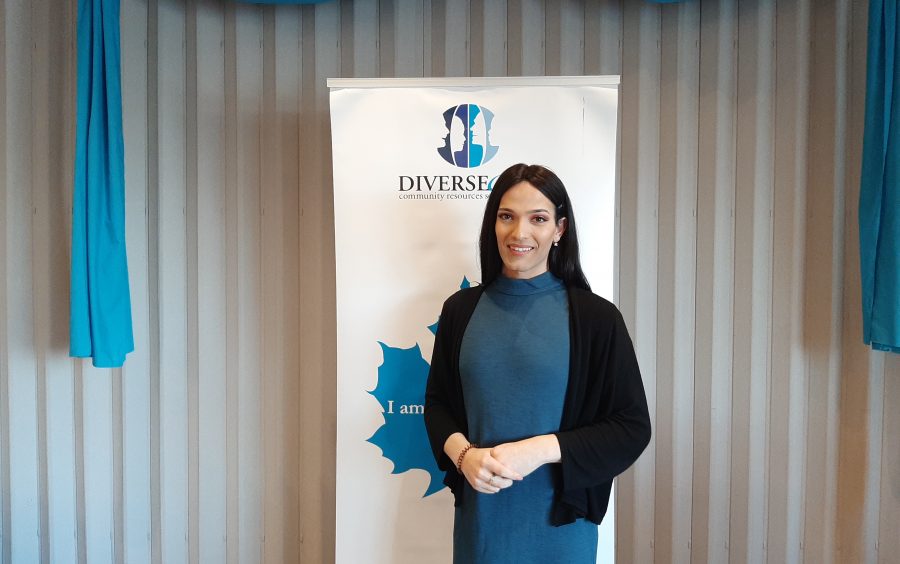 For these fifth annual awards, there were applicants from Metro Vancouver, Ontario, Newfoundland and even as far as India. Twenty-seven-year-old Norma Lize was selected as the top prize winner ($1,000 award) by a diverse eight-member jury.

“January would be so proud that Norma, who also identifies as transgender, is this year’s winner! This is not surprising as Norma was also recognized at the prestigious Paris Prize for LGBTQ+ rights in 2018. We are fortunate to have Norma living in Vancouver now, and continuing her advocacy to benefit the people of Metro Vancouver and British Columbia,” says Alex Sangha, Sher Vancouver Founder and Award Coordinator.

In addition to the top prize, several other nominees were recognized at a ceremony today held at Surrey-based DIVERSEcity Community Resources Society, a non-profit organization that came on board as the exclusive sponsor of the award this year.

“We are proud to provide support to Sher Vancouver and its January Marie Lapuz Youth Leadership Award,” says Neelam Sahota, Chief Executive Officer, DIVERSEcity. “As a champion of diversity and inclusion, we at DIVERSEcity work to empower newcomers and other diverse or vulnerable communities, including LGBTQ+ members. We have a program called Together Now, a free peer support group for LGBTQ+ newcomers who face many challenges and cultural stigma. Our hope is to encourage acceptance and belonging for all, regardless of their race, religion, gender or sexual orientation.”

In addition to the top four winners above, this year Sher Vancouver decided to award seven Emerging Youth Advocates $100 prizes to encourage youth who are starting to do great work with their advocacy and contributions to the LGBTQ+ community. The winners are:

Norma Lize is a Lebanese-born journalist and activist living in Vancouver. Before coming to Canada, Norma used radio and TV platforms to raise awareness on LGBTQ+ topics in Lebanon and the Middle East, and worked at the Arab Foundation for Freedoms and Equality, where Norma focused on the trans community. “I don’t see my involvement with my community as work that I do every day, as much as I see it a necessity for me to be alive, survive and give a chance to someone around me to feel safe, respected and included.  I moved to Vancouver a year ago and I have been involved with organizations working with refugees and with the LGBTQ+ community, with a focus more on trans newcomers.”

Andy Holmes is queer biracial Canadian with both Chinese and British/Scottish heritage. Currently a master’s student at the University of Toronto, researching LGBTQ+ issues, Andy intends on starting a PhD next year with the goal of eventually becoming a professor. “Knowing that January Marie Lapuz was not only a transgender woman living in poverty, but also an immigrant of colour, matters in understanding patterned forms of violence, and in turn, her irreplaceable memory. In my research, I study ways to ensure that our world becomes a safer place for those who are most marginalized.” Andy was the youngest person appointed to the City of Vancouver’s LGBTQ2+ Advisory Committee between 2017–2018.

Jackson Wai Chung Tse (he/she/they) is a media artist and creative facilitator originally from Hong Kong. He facilitates workshops at institutions across the globe, and, in 2018, Jackson created the award-winning mini-documentary, Paul Wong: Breaking the Silence, to highlight the discrimination felt by generations of queer Chinese migrants in Canada. The same year, Jackson was selected as Western Canada’s MEC Outdoor Nation Ambassador, taking over the co-operative’s social media. He says he “dedicates his life to building relationships, giving voice to the silenced, and reclaiming joy, magic and self-worth back from colonized ideas.”