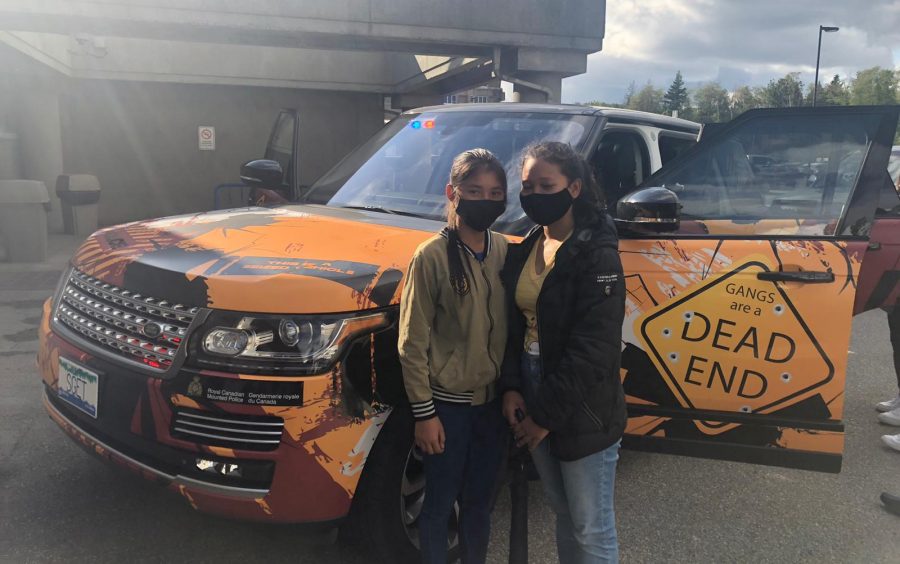 Gang violence: How SAFE services can help at-risk youth and their families

When talking about gang violence, the discussion is often around how to stop gang behaviour, but DIVERSEcity’s SAFE Community Clinical Counselling Program team puts the focus on prevention.

If you look at media coverage of gang violence in BC, gang involvement seems to be on the rise. According to BC’s Combined Forces Special Enforcement Unit (CFSEU), there are currently an estimated 188 organized crime groups in BC. The Surrey RCMP stated in a news release that it had an aggressive action plan to target gang activity “in response to the increase in gang activity in the Lower Mainland.”

Of course, when talking about gang violence, the discussion is often around how to stop gang behaviour, but DIVERSEcity registered clinical counsellors Pamela and Gisèle want to move the dialogue to preventing gang involvement in the first place.

Why youth are vulnerable to getting recruited by gangs

Pamela says that many youth who fall into gang life are missing a sense of belonging. “They are looking for a place to feel like home,” she says.

Through DIVERSEcity’s SAFE Community Clinical Counselling Program, which focuses on gang prevention counselling for Surrey-based youth and their families primarily from South Asian and Arab backgrounds, Pamela and Gisèle look for ways to help fill that void.

“Joining a gang creates a false sense of home, manipulating them into thinking the gang is like family and where they belong,” Gisèle says. “Talking and addressing the situation from a mental health perspective is essential because it allows us to explore the reasons behind each crime and violent act.”

In brief, the SAFE program empowers youth to avoid gang recruitment by teaching healthy coping skills and supporting their families to overcome challenges together. Both one-on-one and group-based supports help increase confidence, self-esteem and connections to family, culture and community — for both children and youth as well as their families.

These counselling services at DIVERSEcity are just one part of the Surrey Anti-Gang Family Empowerment (SAFE) Program, which is led by the City of Surrey, in partnership with many community partners, with funding from the Government of Canada.

To help promote the prevention of gang involvement in Surrey and beyond, Pamela and Gisèle share more about the risk factors for youth.

For starters, a key risk is their environment, including vulnerable family dynamics and socioeconomic status. As kids develop physically, cognitively and emotionally, dealing with toxic relationships, abuse, judgment, lack of support, isolation and poverty can make youth vulnerable to gang recruitment.

Rather than focusing on these types of risks, the media often stereotypes gang violence by focusing on age, race, gender and location. For example, a stereotype about gang involvement is that it’s all boys. “When we bring up gangsterism, we usually think of male individuals with guns and drugs,” says Gisele. “However, as per the police reports lately, they are seeing almost equally female and male youth recruited in gangs.”

Recruitment of girls into the gang lifestyle looks a little different, however, as it can involve threats and coercion into forced sex work.

Recruitment also begins a lot younger than most people imagine, with kids as young as eight or nine being targeted.

Another common stereotype about gang involvement is location. On the podcast Decomplicated hosted by Carol and Rumneek, Pamela recently explained that focusing on a city, like Surrey, as a breeding ground for gangs, especially among the South Asian community, doesn’t help matters. “Surrey is not the number one [city] for crimes in this nature, but in the news it’s portrayed that way,” she says.

“Gangsterism knows neither gender nor religion or nationality, and definitely not any other particularity except that it is human made and should be addressed individually without putting unnecessary labels,” says Gisèle.

If you know a child who may be at risk, the SAFE Community Clinical Counselling Program at DIVERSEcity can provide mental support and guidance for them and their families. From January 2019 to the end of March 2021, the SAFE program offered support for more 2,100 at risk youth.

Learn more about the SAFE program by visiting dcrs.ca/safe.

Listen to Pamela on the Decomplicated podcast here:

Photo above: DIVERSEyouth program participants visit the Surrey RCMP detachment for a workshop on safety and gang violence.