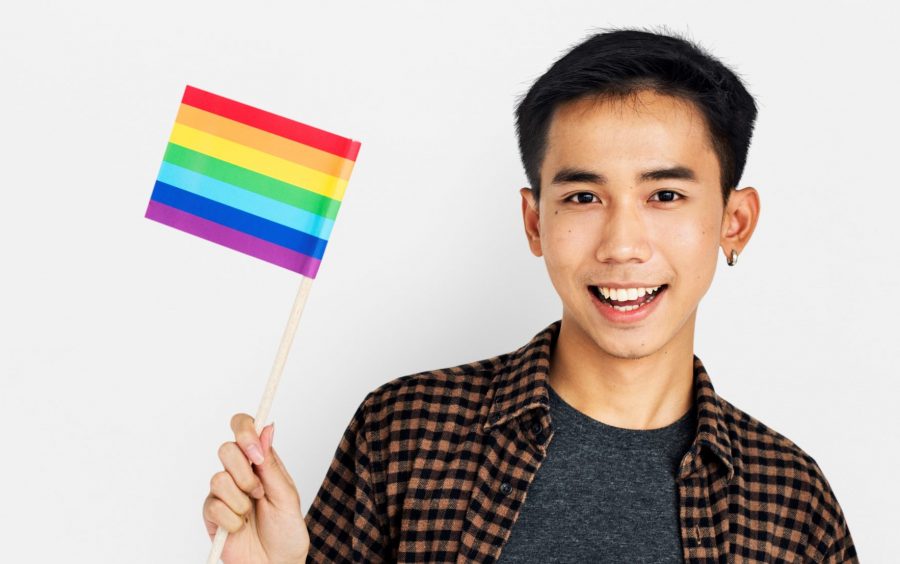 Supporting Pride Month in a pandemic shows it’s not just an event; it’s a time for healing

June is Pride Month, and Kristi Pinderi, DIVERSEcity’s LGBTQ+ support worker and facilitator of our Together Now LGBTQ+ Newcomer Peer Support Group, wants to share what Pride means to him.

An LGBTQ+ activist and recent immigrant to Canada, Kristi was chatting with his peers from his home country of Albania to discuss how to celebrate Pride during a pandemic.

“My fellow LGBTQ+ activists in Albania were planning Tirana Pride last year when they had to stop the planning because of the COVID-19 pandemic,” says Kristi. “On an afternoon in late April, I was invited to join them via Zoom to talk about it. The topic of the meeting was not to find a way how to avoid the lockdown, nor to talk about the event, or about the series of events. We sat together in a meaning making process. We wanted to visualize why Pride is important and why it has changed the way we see each other and the world.”

Kristi says what he learned from that dialogue is as relevant now, as we celebrate Pride Month during a pandemic for the second year, from Canada to Albania and beyond.

“First, Pride Month is not just an event or series of events. It’s a meeting point of our common past with the future,” he says. “It begins with the violence of personal isolation for the LGBTQ+ community, a violence that keeps many of us intimidated and in complete loneliness and fear, which finally explodes in the forms of social protest. Thus Pride, more than a march or parade, is a spirit that is kept alive not by the number of people in the streets, but by the ability of us to recreate and to reinvent our experience.”

Kristi adds that Pride Month, or other similar days of acknowledgement, is not only for LGBTQ+ people. “It is for the benefit of everyone who has been part of the common past, where we have all learned a wrong story, the story that has excluded some of us because of our gender identity, expression or sexual orientation.”

“Whether we have been an active part of that past, an ally or uninformed participant, there is a healing effect when we come together to talk, inform and celebrate, and agree that we can no longer accept the conditions of the past. Thus Pride Month can serve as the meeting point of all of us willing to work toward a better, common future.”

So, understanding that Pride is a healing process, what can we do?

“I would say, start by raising your flag!” Kristi says. “Flying the rainbow flag is an act of self-liberation that says: ‘I can no longer accept that people in my community are isolated, violated, intimidated and excluded for who they are and for who they love!’ By raising the flag, you are accepting to be part of a collective solution and choosing to have an active role in it.”

Here are four suggestions from Kristi of how to symbolically “raise your flag”:

1. Change the profile picture on your social media to include some LGBTQ+ colours and symbols. People may want to know more and you can tell them why you are doing it. They might reject the idea, but some of them will understand it.

2. Participate in a public (even if still virtual) event dedicated to the LGBTQ+ community, and you can share the link with your friends, too! They might ask you why you are doing this, a golden opportunity to start a discussion with them.

3. You can read a book about the LGBTQ+ community or history! As simple as that! But don’t forget to talk about it with your friends. Remember, this is a collective process of learning more about people that might be in your family, in your workplace or in your neighborhood.

4. Put a small sticker on your car or laptop or anywhere that is visible. “It means a lot to people like me,” says Kristi. “We see not just a sticker, nor simply some colours; we can see there an invitation to feel safe and to talk to you. You can enrich yourself with stories you would have otherwise never heard of.”

Are you an LGBTQ+ newcomer who needs support? Connect with DIVERSEcity’s LGBTQ+ services here.