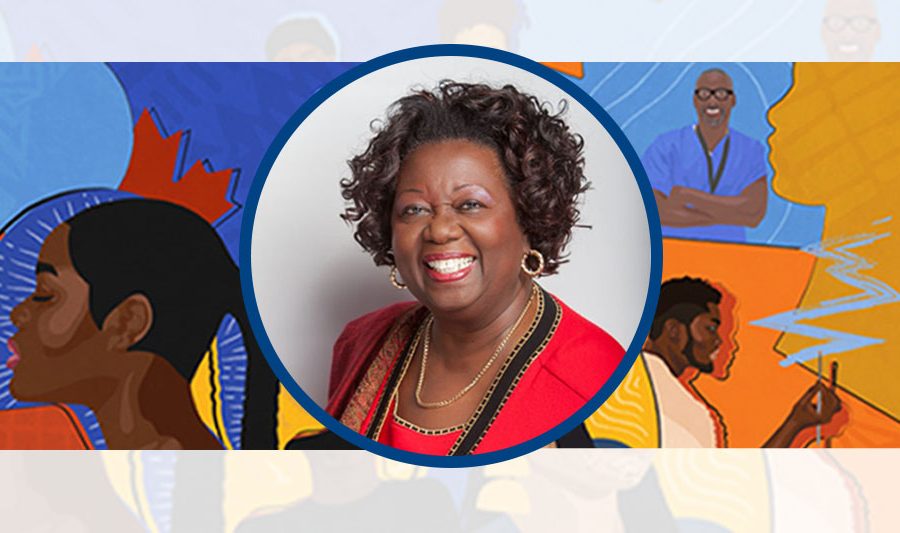 Throughout the month, DIVERSEcity has drawn your attention to the life and contributions of several notable Black Canadians from different eras and areas of influence. We have written about Honourable Lincoln MacCauley Alexander, Canada’s first Black member of Parliament, and Eleanor Collins, known as Canada’s first lady of jazz, and champion sprinter Harry Jerome. This week we conclude our series with a spotlight on Jean Augustine, the woman responsible for spearheading Black History Month in Canada!

Born in 1937, Jean Augustine was the first African Canadian woman elected to the Parliament of Canada, representing the Etobicoke-Lakeshore riding in Ontario.

A qualified teacher in Grenada before immigrating to Canada in 1960, Jean worked survival jobs while earning her certification to teach in Ontario. She eventually reached the position of elementary school principal in Toronto, but also became influential in her community through boards and contributions to social issues, as well as becoming the national president of the Congress of Black Women of Canada.

“I got engaged in the community at the time there were no faces like mine in the media or entertainment where I saw role models. When taking the opportunity in being the candidate, I had no one to follow,” she said during an interview on The Morning Show this week. “Then, getting to the House of Commons, as you know a place built by men to do men’s work, here was this African, Black immigrant woman coming into this austere and awesome place, so I had to find allies and get friends to understand the workings of government.”

In addition to being a member of Parliament, Jean was parliamentary secretary to Prime Minister Jean Chrétien and a deputy speaker — the first African Canadian to occupy the speaker’s chair.

She then became the first Black woman in the federal cabinet. She became secretary of state and later minister for multiculturalism and status of women. It was while in cabinet that she spearheaded a campaign to have February recognized as Black History Month in Canada with the goal of educating Canadians about Black heritage. She famously has said: “Black history is not just for Black people — Black history is Canadian history.”

When she was a teacher, she says there was nothing in the curriculum about Black history and slavery in Canada. Today, the pandemic and the Black Lives Matter events of the last two years have “created synergy that has given impetus to the recognition of February as Black History Month,” she says. “But I caution that we don’t just do this February. We have to work on this on a daily basis today tomorrow and throughout the rest of the year.”