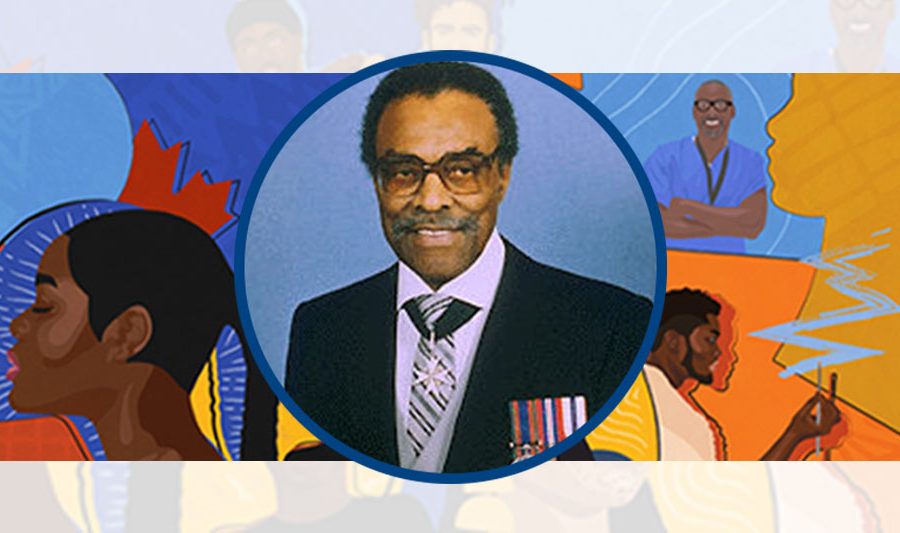 February is Black History Month in Canada, and DIVERSEcity wants to recognize the many contributions from this diverse, resilient community.

This year, the theme is February and Forever: Celebrating Black History today and every day, which focuses on recognizing the daily contributions that Black Canadians make to Canada.

Throughout the month, DIVERSEcity will draw your attention to the life and contributions of several notable Black Canadians from different eras and areas of influence. Check back here each week in February, or on our social media platforms @DIVERSECITYBC.

Lincoln MacCauley Alexander, who would become a notable figure in law, politics and advocacy, was born in Toronto, the son of Caribbean immigrants. His mother worked as a maid, and his dad was a porter for the Canadian Pacific Railway.

“I respected my dad being a porter, but I was not going to be restricted by the foolishness of [racist] people,” Alexander said in a 2012 interview with the Toronto Sun.

“I know my momma would be pleased I didn’t fail her. She was the one who told me to go to school because I was a little [B]lack boy and to believe in myself and never give up.”

During the Second World War, Alexander worked as a machinist at a factory in Hamilton, Ontario. He then joined the Royal Canadian Air Force as a wireless operator, eventually holding the rank of corporal.

Seeking a higher education, he earned a bachelor’s degree from McMaster University, followed by a degree from Osgood Hall Law School, eventually becoming a lawyer with his own firm. Throughout the years, he would face racism, from refusal to being served in a bar while stationed in Vancouver with the air force, to not getting a job in sales because he was Black. He would stand up in these situations, including speaking up to a professor who used a racial slur during a lecture.

A notable advocate for the equal treatment of Black Canadians, Alexander moved into politics, running as a Conservative member of Parliament for Hamilton West. He lost his first election but tried again and, in 1968, he became the first Black Canadian to sit in the House of Commons.

In his first speech before the House, he said: “I am not the spokesman for the Negro; that honour has not been given to me. Do not let me ever give anyone that impression. However, I want the record to show that I accept the responsibility of speaking for him and all others in this great nation who feel that they are the subjects of discrimination because of race, creed or colour.”

Alexander was later appointed minister of labour in 1979, becoming the first Black Canadian to serve in Cabinet. He was affectionately known as “Linc” to his colleagues — also the nickname of the Hamilton expressway named in his honour.

He stepped down from Parliament to serve as chair of the Ontario Workers’ Compensation Board (again the first Black Canadian to do so!).

Five years later, Lincoln Alexander was appointed as Ontario’s 24th Lieutenant-Governor — breaking another threshold as the first Black Canadian in a viceregal position in Canada.

His achievements and impact don’t end there. He was the chancellor of the University of Guelph from 1991 to 2007, and also became the chair of the Canadian Race Relations Foundation.

To honour his legacy, January 21 was officially declared Lincoln Alexander Day across Canada in 2015. This past January 21, 2022, Minister of Housing and Diversity and Inclusion Ahmed Hussen stated this about Linc’s legacy:

“Throughout his life, the Honourable Lincoln MacCauley Alexander exemplified what it meant to be of service to others, becoming a passionate advocate for the equality of Black Canadians and the advancement of education, race relations, and youth issues. As a trailblazer, he broke down barriers to make this country a better place for all, and his lifetime of hard work was instrumental in shaping the diverse and inclusive Canada that exists today.”